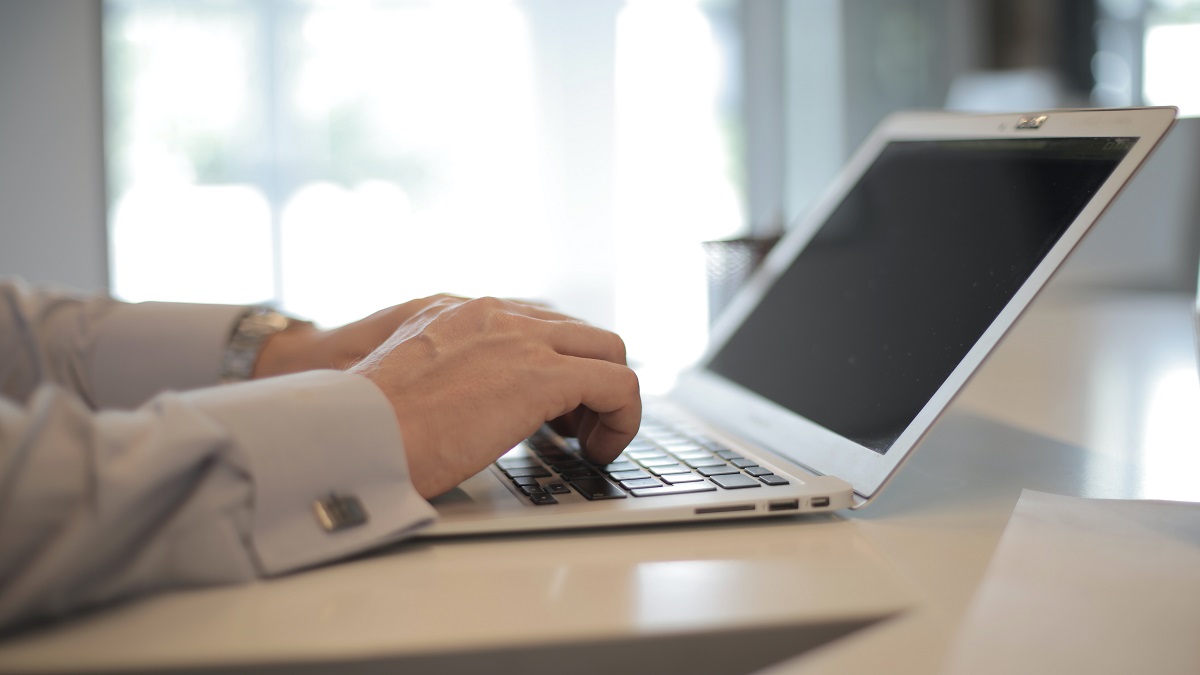 Academic texts are authored by professionals or specialists in a specific discipline and are factual, analytical, and specialised texts. The academic community is their target audience. Academic writing is formal, supported by data, and always includes citations. On the other hand, informal writings intended for a general audience are considered non-academic texts. They frequently cover broad subjects, are written in an informal or conversational style, and occasionally include the author’s personal ideas. This article will differentiate between academic and non-academic text, uses and characteristics.

What is an Academic Text?

Academic texts are critical, well-researched, and specialised writings produced by professionals or subject specialists in a certain discipline. Academic texts have a formal tone and avoid a colloquial style of writing. In academic texts, researchers keep a check on their biases and do not convey their personal opinions or feelings about an issue. The authors try to be as objective as possible by critically evaluating the issue at hand and the available literature on the issue. Academic texts always have a special focus, clarity, and accuracy. The texts consist of a well-defined structure. Academic texts have a third-person account. They are factual and supported by ample evidence. Academic literature typically discusses a topic or offers solutions to a particular problem in a subject. The primary goal of academic texts is to increase the reader’s knowledge about a particular subject.

However, it does not necessarily entail that academic texts are objective and establish certain truths always. After all, there is a chance of human error and biasness that seeps into the text. Every discourse is marked by the pre-conceived notions of human beings, such as culture, political ideology and nationalist outlooks. But the important thing is that academic texts do not blatantly make assertions without logically supporting them with data and evidence. These texts aim to contribute to the creation of knowledge and make efforts to arrive at objective truths.

What is Non-Academic Text?

The non-academic text refers to a type of writing that is subjective, emotional, interpersonal, or sentimental in nature. Such writing can frequently be found in letters, emails, texts, reader responses, memoirs, any type of autobiographical writing, and personal journal entries. Non-academic texts are pieces of writing aimed at the general population. Anyone could write these and publish them easily. These books’ authors might not be officially recognised or possess any literary credentials. They might also use colloquial, casual, or occasionally slang in their writing.

Fiction writing, short stories and novels also fall into the non-academic text category. These informal and casual writings often revolve around different characters’ stories. Writers use their imagination to write fictional texts and create imaginary worlds. For instance, Harry Potter by J.K Rowling and Lord of the Rings by J.R.R Tolkien. Writers use emotive language in such texts and appeal to readers’ sensations to depict their imaginary realms. Comic books are also a part of the non-academic text.

What are the uses of academic and non-academic text?

Academic and non-academic texts both are useful in a variety of situations. However, the former is more credible while the latter is informative, but its credibility is questionable. For example, Wikipedia is a good information source for getting a general idea about anything, but the claims made on the website are disputable. The assertions in the academic texts are supported by ample evidence, and the authors provide citations and references. Authors use academic texts for research and writing and for conducting literature reviews. The purpose of a literature review using academic texts is to identify the existing gaps in the literature and find the loopholes that the researcher may address. The researcher critically evaluates the text and forms an argument to refute or corroborate the already established assertions.

What are the characteristics of academic and non-academic texts?

Knowing the distinction between academic and non-academic text is essential to distinguishing falsehood from truth. It is imperative to always use academic sources for research and writing. Academic texts are credible and factual. They have ample evidence to support the claims and increase the credibility of your research.

Strategy for Acing NEET for Study MBBS in China

6 Benefits Of An Online Master In Business Administration Graduate Degree

Mental and Physical Benefits of Preschool Learning for Kids

When we speak about preschool what do you actually envision? Do you feel that your child is still too young to be sent in such an organized structured environment?

Frankly speaking, preschools are designed to provide much-needed learning for the growth and development of your child. As a parent, you are worried about your kids quite understandable. But when you select the best preschool in Ahmedabad, you need not have to worry anymore.

Children get to learn a lot when sent to the perfect preschool where they are exposed to letters, numbers, and shapes. However, the most important is the development of emotional skills and social interaction skills. They learn the art of getting along with other kids, they develop the art of sharing and contributing as well.

According to multiple research and studies, we have seen that children who visit preschools get the chance to develop rich vocabulary, pre-reading skills, and stronger skills in basic math as compared to those who do not. Therefore, the chances of getting admission to a high-quality school becomes easier for such children. So, why not insist on preschool education when it is only developed for the benefit of your children?

As parents, you need to understand that children belonging to the age group of 3 to 6-year-olds are like sponges, and they have the capability to absorb so much, even much beyond your expectation level.

As a parent, you should make maximum use of this time to equip your children with the skills that they really need to have a bright future ahead.

Homeschooling vs preschool – Which is the best?

Many parents argue that homeschooling is the best for children at this age. Of course, homeschooling can help your child to get a good kick-start with academic knowledge, but this kind of education will not have them develop the emotional and social skills that hold utmost importance for a bright future. And these skills are possible to develop only when children are surrounded by other kids belonging to the same age bracket. For high school admission, check out CBSE schools in Gujarat.

Why preschool is good for the physical and mental health of your child?

Preschool is just all about fun and the development of children. You did not have to worry about your kid regarding the separation trauma. In a high-quality preschool, like the Global Indian International School, teachers are highly trained, and they know the art of handling kids. We have special interactive sessions to hold the interest of children and make them feel at home.

In this blogpost , let’s take a look at one of these schools, structure of the Indian school fees in Dubai and its affordability.

The Global Indian International School Dubai is one of the best schools in the city. It offers a full range of international education programs, including Pre-Kindergarten, Elementary, Middle and High school. The school has a strong focus on academic excellence and offers many opportunities for students to participate in extracurricular activities. In addition, the school provides excellent facilities and services that make it an outstanding choice for families looking for quality education in Dubai.

GIIS offers a unique 9 GEMS curriculum which is a unique educational pedagogy that GIIS has designed for its students . The curriculum is designed to give students a global perspective, as well as the skills and knowledge they need to succeed in today’s global economy. The school focuses on providing an international environment where students can learn from other cultures.

GIIS’s  Indian School Fees in Dubai is easily affordable and lesser than the  set limit approved by the KHDA Regulation. As one of the most established International schools in Dubai, it is a favorite school among expat parents. Considering the kind of facilities provided and the educational curriculum offered, the school fees are much more affordable than other international schools that provide similar facilities and academics.

There are three terms per year. The school fees can be paid accordingly.

Other Mandatory Fees For All Grades

Through a number of programs and projects, the Global Indian International School has been assisting students with their educational needs. They hope to provide support through financial aid and make education accessible to parents of all income levels through the many scholarships.

These Scholarships are intended for students in all grades who are Dubai residents, including current parents and members of the GIIS student fraternity.

Some of the scholarships are:

Global Indian International School is among the top schools when it comes to their teaching faculty, facilities, infrastructure, academic program and their holistic 9GEMS curriculum. With so many plus points to the school’s credit, it is the top contender when it comes to quality education for your children. Hello brother, I hope you all are well, so today I am at your service with a new article. In today’s article, we are going to talk about House of the Dragon Quiz Answers

Do you want 100% correct House of the Dragon Answers? If Yes, then you have come to the right place. You can complete your quiz and get the reward with 100% Validity. House of the Dragon Quiz which will hold a total of 25 questions. QuizFactory offers this quiz where players attempt to solve the questions to get their rewards.

Q1: Which house of the dragon character is this?

Q2: Who is this character?

Q3: Which house of the dragon character is this?

Q4: Who is this character?

Q5: Which house of the dragon character is this?

Q6: Which house of the dragon character is this?

Q7: Who is this character?

Q8: Which house of the dragon character is this?

Q9: Who is this character?

Q10: Who is this character?

Q11: Which house of the dragon character is this?

Q12: Who is this character?

Q13: Who is this character?

Q14: Which house of the dragon character is this?

Q15: Which house of the dragon character is this?

Q16: Which house of the dragon character is this?

Q17: Who is this character?

Q18: Which house of the dragon character is this?

Q19: Who is this character?

Q20: Who is this character?

Q21: Who is this character?

Q22: Which house of the dragon character is this?

Q23: Which house of the dragon character is this?

Q24: Who is this character?

Q25: Which house of the dragon character is this?